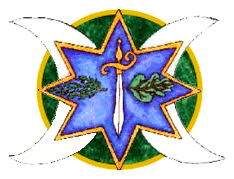 A Member Coven of The Assembly of the Sacred Wheel

​Our Acting High Priestess is Anne

Anne has walked upon the crooked path for over two decades, and has been a member of OAW Coven since 2011.  Although her interests are many, she focuses the bulk of her energies on the study of magickal and medicinal herbalism, ancestor work and all of the esoteric disciplines that go along with it.

When not communing with the Spirits or singing to Plant Devas, Anne is kept happily distracted by the joys and challenges of family life, which include two grown children, two cats, two dogs and a marriage of 28 years.

About Us
Our Tradition
View on Mobile